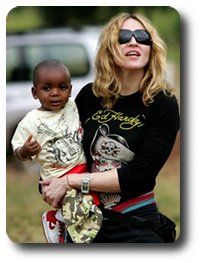 National Adoption Week (10-16 November 2008) is traditionally a time when the case for adopting is promoted, and new adopters recruited. But the issue is surrounded by controversy on a number of fronts. Many would-be adoptive parents are effectively barred from adopting now that concerns about passive smoking and other lifestyle issues are taken into consideration by adoption agencies. And while liberalising reforms have facilitated single and gay adoption, ‘race’ remains a vexed issue, and black children are not ‘matched’ with white carers.

Why is adopting children so mired in pitfalls, regulations and controversy when ‘natural’ parenting needs no such sanction, and many children remain in care while social work bureaucrats wrangle? When social workers have to remove a child from its home, they do so in the name of ‘the welfare of the child’. Is this principle now being invoked unreasonably to make moralistic character judgements about adults keen to love and care for ‘unwanted’ children?

Facing such restrictions, many would-be adopters look to the international stage. But those who do so can face further demonisation, with shrill accusations of baby snatching and exploiting the world’s poorest parents, and calls for tighter regulation of cross-border adoptions too. Are campaigners in the West guilty of misrepresenting informal adoption arrangements made in desperate circumstances as malevolent ‘child trafficking’? Is there a humanitarian case for ‘serial adopting’ by the likes of Angelina Jolie and Madonna? Do they really help needy children from stricken parts of the world, or do the adoption antics of conspicuously compassionate celebrities show exactly why we should be careful about treating children as mere commodities for needy adults?

The Culture of Adoption, David Clements

The British Association for Adoption and Fostering (BAAF) is concerned that too many ethnic minority children are left in care homes or with temporary foster families while social workers try to find families to match their precise ethnic and religious background.

Some councils are too stringent in getting an exact match for ethnic minority children who are up for adoption, charities claim.

Too posh to adopt?

A BBC producer and his wife recently claimed they had not been allowed to adopt a British child because they were too white and too middle-class. Are they, and others like them, really victims of a huge injustice?

Adoption and a case of perverse PC bigotry

A man and a woman walk into an adoption agency and say they would like to give a child a home. 'We don't want a black one,' they tell the social worker, 'or one that's from a poor background, or some kid who hasn't been educated properly.'

From China with Love: A Long Road to Motherhood

Emily was determined that her child should come from a country where adoption was properly regulated and China, where many baby girls are abandoned, seemed an obvious choice. Eventually the mountain of bureaucratic and emotional challenges gave way to the utter joy of bringing up Jade and Rose, her two Chinese daughters.