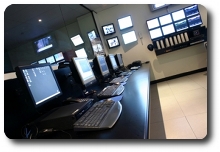 Traditionally, we trust doctors with confidential information about our health in the knowledge that it’s in our own interests. Similarly, few patients object to the idea that such information may be used in some form for medical research. But what happens when this process is subject to scrutiny? How explicit does our consent have to be? Since the introduction of the Data Protection Act 1998 medical researchers have raised concerns over the increasing barriers they face to accessing patient data. These concerns have heightened amongst some researchers since the passing of the Human Tissue Act 2004 introduced in the wake of the Alder Hey and Bristol Royal Infirmary scandals. When scientific advances are unravelling the secrets of DNA and the decoding of the human genome has opened up substantial new research opportunities. Clinical scientists and epidemiologists argue that the requirements being placed upon them are disproportionate to the use they are making of either datasets or tissues samples and, besides, their work is in the public interest. At the heart of the debate lie key questions over trust and consent and how these can best be resolved.

To complicate things, it is no longer just medical researchers, but also public health bureaucrats who are keen to have access to our data. Quasi-official bodies have been charged with persuading individuals to change their behaviour and lifestyles in connection with all manner of issues such as diet, exercise, smoking and alcohol consumption. Social Marketing – the borrowing of commercial marketing techniques in the pursuit of ‘public goods’ – is in vogue amongst public health officials. Empowered by advanced data collection and computing techniques, armed with the latest epidemiological research, and emboldened by a mission to change unhealthy behaviour, public health officials are keen to target their messages to specific ‘market segments’ in most need of advice.

Are government researchers abusing patients’ trust? Can and should a distinction be made between the use of data for research and public health promotion purposes, or do the benefits of data-sharing outweigh its disadvantages?

Every week government departments and other authorities are finding new ways to spy on us - and passing around even our most personal details.

From DNA of Family, a Tool to Make Arrests

2008 may be the year when GPs find themselves in the firing line over confidentiality, as ever more patients try to opt out of ‘the NHS database’ and the Government tries ever more desperately to keep the project on track.

The forensic use of bioinformation: ethical issues

Considers whether current police powers in the UK to take and retain bioinformation are justified by the need to fight crime.

The Unwanted Gaze: The Destruction of Privacy in America