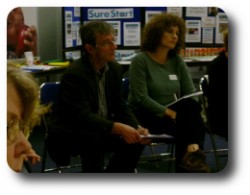 Once dubbed the profession of ‘isms’, the social worker has been the butt of many a joke in the last few decades: whether it’s the ‘Clare in the Community’ caricature of clueless sandal-wearing do-gooders, or the idea that social workers are loony lefties who take your kids away. But in recent years the role of social services has been a serious political question. The publication of ‘Every Child Matters’ and the Victoria Climbie report in 2003 not only deepened widespread public distrust of social workers, but also prompted profound reflection with the profession itself. Alongside complaints of creeping managerialism and excessive political interference, social workers appear to be a dispirited lot.

But more recently there has been a call to arms within the profession. Citing the ‘radical social work movement’ of the 1970s,  a group of distinguished social work academics have offered up a manifesto for change , ‘Social work and social justice: a manifesto for a new engaged practice’. Calling on workers to disentangle themselves from the functions given them by the state, the writers promise the rejuvenation of a profession that once placed social-justice at its core.  It is, they argue, only by reinvigorating itself that social work practice can hope to play a key role in the demand for a more humane and just society.

But some have expressed unease at the claims made for social work. Is social work practice the site on which to realise ambitions of social change and political renewal? And is the ‘radicalism’ of new-wave social work really as progressive as it seems?