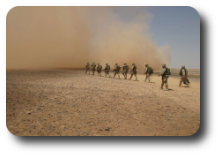 Since the invasion of Iraq, US foreign policy has been subject to much criticism. During the Cold War American hegemony was largely accepted by the West, whilst in the 1990s America was perceived to be acting as a force for good in the world, leading campaigns of humanitarian intervention. The Iraqi debacle has led to a great deal of criticism not least from firm allies in Europe, with calls for a return to the more multilateral approach that was argued to have characterised the 1990s and for regional and emerging powers such as Brazil to be given permanent seats on the UN Security Council.

The Bush government has been characterised as a ruthless and unilateral actor in the international sphere. But America’s military adventures today do not fit the old template of Yankee imperialism or Cold War brinkmanship, and indeed critics often emphasise the more personal motivations of Bush and the ‘neocon conspirators’. There is deep ambivalence about war and foreign policy generally within the US itself. Even military families have been critical of the war in Iraq, and yet there is no anti-war movement comparable to that against the Vietnam War. Some commentators argue that Americans are simply too pampered and self-indulgent to face a determined enemy. So is the US a global bully or a fading power – or both, or neither?

With both Democratic and Republican presidential candidates arguing for a return to multilateralism, and claims that a President Obama in particular would restore America’s global moral authority, what does the future hold for America’s foreign policy? What do Americans believe their country’s role in the world should be?

Gov. Sarah Palin never claimed to be a foreign policy expert, but should the potential next vice president of the United States be expected to know about a fundamental principle that has guided the way America has conducted foreign affairs since before we went to war in Iraq?

In Defence of America

The world has turned against the United States. Anti-American sentiments have swept the globe. Foreign leaders, pundits and ordinary people decry the United States, proclaiming at best their heartbreak that the American values they once admired have vanished, and at worst condemning America as a criminal state beyond redemption.


My Plan for Iraq

The call by Prime Minister Nuri Kamal al-Maliki for a timetable for the removal of American troops from Iraq presents an enormous opportunity. We should seize this moment to begin the phased redeployment of combat troops that I have long advocated, and that is needed for long-term success in Iraq and the security interests of the United States.

After Bush: The Case for Continuity in American Foreign Policy

The foreign policy of the George W. Bush administration has won few admirers, and many anticipate that his successor will repudiate the actions of the past eight years.


Make the World Safe for Hope

Can Barack Obama, who campaigns as an icon of peace, actually be more bellicose than Bush? Yes, he can.

An Enduring Peace Built on Freedom

America needs a president who can revitalize the country's purpose and standing in the world and defeat terrorist adversaries who threaten liberty at home and abroad.

After Iraq, we may be tempted to turn inward. That would be a mistake. The American moment is not over, but it must be seized anew. We must bring the war to a responsible end and then renew our leadership -- military, diplomatic, moral -- to confront new threats and capitalize on new opportunities. America cannot meet this century's challenges alone; the world cannot meet them without America.

Two senior policy analysts representing both sides of the political spectrum provide an incisive critique of the problems with American foreign policy and what can be done to solve them, arguing that the nation has lost its moral compass and calling for a return to a policy of ethical realism.