2008 Programme
Choose a Theme
Archives
Is there an epidemic of bullying at work?
Sunday 2 November, 12.45pm until 1.45pm, Henry Moore Gallery Lunchtime Debates 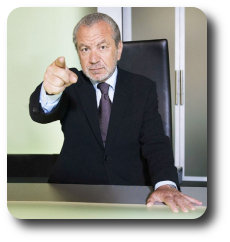 A recent Samaritans survey claimed 80% of employees have been bullied at work. Bullying is said to contribute to stress at work, and anti-bullying initiative Dignity at Work estimates it cost UK organisations £13.75 billion in 2007. Mobiles and Blackberries have apparently led to ‘cyber bullying’, making it impossible to escape abusive colleagues. Has bullying reached epidemic proportions, or is it the definition that is out of control? Being bullied can now mean everything from being the subject of gossip to having comments ignored or receiving unpleasant emails. When what was once accepted as the normal workplace grind is recast like this, it is not surprising that bullying seems on the rise. Managers only need to set ‘unreasonable deadlines’ or firmly tell someone off, à la Sir Alan Sugar on The Apprentice, to be branded bullies.

Concern about bullying has led to new policies designed to protect employees, and training courses in managing ‘sensitive situations’. Is this a much-needed response to a growing problem, or have we gone soft? Do HR professionals and the unions exaggerate our vulnerability? Are we no longer capable of resolving unpleasant situations with the informal help of friends and colleagues, and if not, why not?

Is it time for us all to turn our back on this industry we've helped create? To stop asking if workers are stressed, and ask whether they can cope?

Dimensions of Dignity at Work

What is dignity in and at work? How is it experienced differently by different groups of working people? Are there enduring divisions of dignity: unequal access to what is accepted to be a fundamental human right?

"Taking part in the Battle of Ideas is like putting your brain in a pencil sharpener. It works better as a result."
George Brock, Saturday Editor, The Times