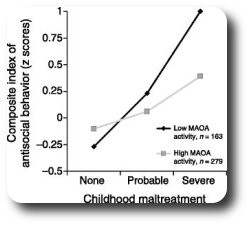 Evolutionary explanations of human behaviour are increasingly popular today, challenging long-cherished notions of free will and subjectivity. Even religious faith is said to have its basis in the evolution of the brain: earlier this year researchers at Oxford University began a two million pound study into the evolutionary basis for belief in God. Other studies have claimed to find a genetic basis for political beliefs and behaviour – apparently liberals can be picked out by the activity of their anterior cingulate cortex, and voter turnout is correlated to particular alleles of the gene MAOA.

Critics argue that such thinking wrongly belittles the importance of human agency. Indeed, 30 years ago works like EO Wilson’s Sociobiology, which suggested a biological basis for social behaviour, were greeted with anger, derision, and accusations of closet fascism. Is the renewed interest in the evolutionary, genetic and psychological basis of human behaviour inspired by new evidence, or a diminished view of the human condition? Are social and cultural phenomena beyond the proper scope of natural science, or have we just become less hysterical about turning the microscope on ourselves?

Recommended readings
Why did you choose your mate? No, it's not all in your genes

Evolutionary psychologists can explain all kinds of behaviours by delving into our past, even why we prefer older, taller and leaner women during a crisis

Why blame me? It was all my brain’s fault

The legal profession in America is taking an increasing interest in neuroscience. There is a flourishing academic discipline of “neurolaw” and neurolawyers are penetrating the legal system.

Hand of God, mind of man: punishment and cognition in the evolution of cooperation

The evolution of human cooperation remains a puzzle because cooperation persists even in conditions that rule out mainstream explanations.

The Blank Slate: The Modern Denial of Human Nature

"Reading Pinker is one of the biggest favours I've ever done my brain" Richard Dawkins.


Man, Beast and Zombie: What Science Can and Cannot Tell Us About Human Nature

Are humans unique? Can animals think as we do? Will machines ever be conscious? What is free will?