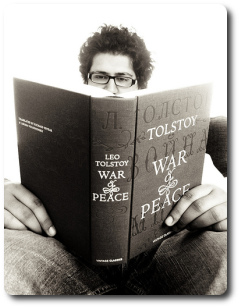 More people are literate than ever before, buying books hand over fist, while circulations of magazines and newspapers are up too. People join book clubs in droves, Richard and Judy and Oprah promote new books on TV, and new technology is apparently about to Kindle a new love affair with e-books. So do we really need a National Year of Reading sponsored by the government and a host of other organisations?

At the same time as we celebrate books and reading, however, we wonder if we are reading the right things, with celebrity chefs and Harry Potter topping the bestseller lists. Are we making enough time for Cervantes, Milton and Joyce? Is it elitist to distinguish between good and bad literature, or have we simply lost the confidence to tell the difference? Meanwhile, some observers worry that while women can’t get enough, young men have little interest in reading, and debates still rage about the right age to get children started. What is at stake in debates about reading today?

Recommended readings
How can we get Jamie et al to read?

Oliver is not alone among the famous in making rather a point of not only not reading books, but of never having read a book. Noel Gallagher boasted in a magazine interview that he was reading his first ever book at the age of 38 – it was a Dan Brown, but we all have to start somewhere.

Keep clicking and you’ll be a snappy thinker

The internet is changing the way the human brain works...a new study concludes, the brains of those tested were markedly more active when carrying out internet searches than when reading books.

Regionalism and the Reading Class

Confirming that reading for entertainment in a majority of the population is historically rare, Griswold believes that "the new century may resemble earlier eras when a fundamental social divide involved whether people read".

In these inspiring essays about why we read, Proust explores all the pleasures and trials that we take from books, as well as explaining the beauty of Ruskin and his work, and the joys of losing yourself in literature as a child.

Has the Internet has created a new kind of reading or is leading to a decline in standards?

Pre-school literacy targets ‘are too ambitious and should be dropped’

An influential panel of experts set up to advise on government policy for the under-5s is demanding radical changes to literacy targets for preschool children, which they describe as “overly ambitious for most children”.

You’re an Author? Me Too!

It’s well established that Americans are reading fewer books than they used to. A recent report by the National Endowment for the Arts found that 53 percent of Americans surveyed hadn’t read a book in the previous year — a state of affairs that has prompted much soul-searching by anyone with an affection for (or business interest in) turning pages.

Do you need to read books to be clever?

It's the National Year of Reading. Just as well, as one in four adults say they haven't read a book in at least a year. With so many other ways to get information these days, do we still need books?