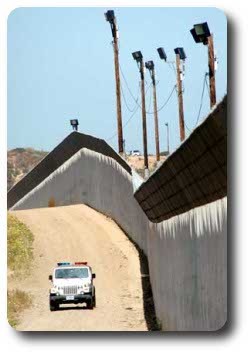 Since last year’s Battle of Ideas debate, anxiety over immigration has continued to increase. Polls indicate that significant majorities believe there is an immigration ‘crisis’, and there is much handwringing over whether Enoch Powell’s predictions in his ‘rivers of blood’ speech 40 years ago will finally materialise. Against this backdrop, the UK government has introduced a points-based system awarding preference on the basis of migrants’ skill-level. But the arguments for and against immigration are political and moral as well as economic.

Those who want to restrict immigration think our borders are recklessly wide-open. They call instead for ‘managed migration’, arguing that we have a responsibility to our fellow citizens who face job losses thanks to competition from immigrants, with a recent Lords report insisting immigration has had ‘little or no’ positive economic impact. Moreoever, it is argued, open borders undermine concepts of sovereignty and citizenship, and weaken social cohesion. And while few express openly racist sentiments today, many worry about a xenophobic reaction from the white working class.

Advocates of a more liberal approach see the current immigration laws as inhumanely restrictive. They point to the economic benefits of immigration, and argue that in any case the character of migration is changing: we should see migrants as increasingly hyper-mobile commuters who enrich our society and culture, rather than settlers intent on transforming Britain. Furthermore, campaigners argue we have an ethical duty to asylum seekers, and even that free migration for all is a positive moral good in its own right.

Is the much touted tidal wave of immigrants a reality or an exaggeration? Would an open door be a boon or a bane? What kind of immigration policy should we adopt?


Recommended readings
Like house prices, immigration could fall too

The thing about population projections is that they are usually wrong. Our problem in future may be getting people to stay

Far from being a problem, more people can be a boon. Other people are what make our lives special; and the more people there are, the greater the chances of coming up with the new ideas that transform our lives for the better

The emergence of 'super-diversity' in Britain

The Politics of Immigration and Membership


Open borders: A future for Europe, migrants and the world economy

Protectionism here is, as elsewhere, directed to fruitless attempts to capture benefits for a minority at the cost of the world at large