2008 Programme
Choose a Theme
Archives
Who controls the internet?
Saturday 1 November, 10.30am until 12.00pm, Student Union 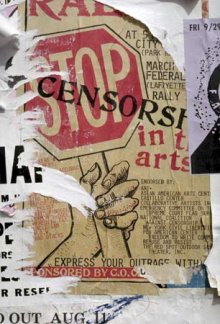 The internet is increasingly seen as a threat in need of containment: a threat to public morality, to children, to privacy and even to knowledge itself. Lobby groups campaign for the removal of offensive pages, businesses worry about copyright piracy (while others worry about corporations monopolising the web), and, amid fears of terrorism, home secretary Jacqui Smith announced at the beginning of this year that the internet is ‘not a no go area for government’. The internet is fast becoming a place where different groups clamour for digital authority, and control. So how free should the internet be, and who gets to decide?

From the pragmatic self-censorship of Google in China to legal battles over copyright and music-sharing, it certainly seems there is more to the issue than overt state censorship. At the same time, the internet is heralded as a new democratic force, bringing people together to collaborate in novel ways. So does this require absolute internet freedom, or is censorship just another issue to be redefined by the netizens of Web 2.0, and made a collective enterprise? It is striking that, rather than being the outcome of public debates, decisions affecting us all tend to take the form of private deals between Internet Service Providers and various lobby groups. So are we seeing democratisation, or rather the ‘privatisation’ of internet censorship? Has the utopian ideal of unrestrained freedom on the internet given way to resignation in the face of inevitable regulation, or even an embrace of it? Or does this obscure the real question of who’s in control?

The session will be introduced by Natalie Melton, Commercial Director, Arts & Business.

Within a couple of hours of the shootings in Kaujahoki, several videos posted by the YouTube user Wumpscut86 had been taken down by the site.

Hackers end debates over the meaning of technological determinism while recognising that at any one moment we are all always determined by technology. Hackers work constantly within determinations of their actions created by technologies as they also alter software to enable entirely new possibilities for and limits to action in the virtual world.

The freedom of the internet is a happy accident; but do we need more laws?