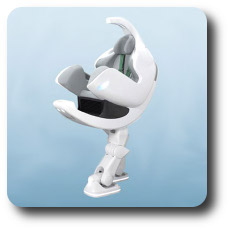 Whatever happened to the jet-pack, the flying car, the monorail, the personalised Lear jet? Or how about Maglev taxis, automated highways and long-haul flights by space shuttle? All these fantastic transport ideas were commonplace utopian ambitions for the future as imagined by the Sixties generation. Most of them were even technologically possible back then.

Today, if there is ever mention of anything so fanciful, it is dismissed as at best unsustainable, at worst irresponsible. Nowadays, aviation policy demands restraint, eco-towns are designed to encourage us to walk not drive, and transport gurus – like Boris and Dave-style politicians - cycle to work, while manned space travel is deemed too risky. Are future transport visions doomed to be of the modest ‘feet on the ground’ variety, or might we hope for more exciting sci-fi possibilities?

A Swiss pilot's attempt to become the first person to fly solo across the English Channel using a single jet-propelled wing has been delayed.

Are driverless pods the future?

There are no drivers, no rails, no timetables and no emissions. But, most importantly for passengers, there are no queues.

Sci Fi transport as you read about it first.

"The Battle of Ideas provides a valuable and positive resource at a time when intelligent debate, public speaking and challenge seem to be diminishing in public life."
Barb Jungr, chansonniere