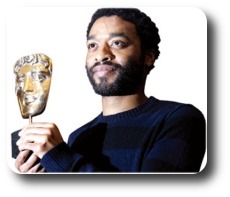 From Shakespeare’s Henry V to the work of Kwame Kwei-Armah or Tara Arts today, theatre has often reflected and even helped shape national and other identities. As perhaps the most public of artforms, bringing people together to share the same thoughts and emotions, theatre is sometimes considered intrinsically political, and its political character has often hinged on questions of identity: who are we, what do we have in common? Like all artforms, however, theatre is both universal and particular, often exploring profound human truths through experiences that are peculiar to given cultures or peoples.

In a multicultural society like Britain, the question of identity is an especially vexed one. Audiences are as likely to be moved by international theatre as authentically ‘British’ plays, and even attracted to theatre that explores the alienation of modern individuals, rather than collective identities. The National Theatre is a relatively recent addition to British cultural life, having emerged only in 1963, while the National Theatre of Scotland is only a few years old, though both have sought to build on existing theatrical traditions. But how ‘national’ is theatre, whether British, Norwegian or Japanese, and do such institutions have a responsibility to foster a particular sense of identity through their work? Should playwrights and directors seek to reflect the identities of their audiences, or to represent neglected minorities and diaspora identities? Should theatre transcend particular identities and speak to us all as individuals, or does this neglect the rich diversity of the human experience? How does the best contemporary theatre negotiate the changing landscape of modern identity?

The discussion will be preceded by readings of a selection of play extracts touching on the theme of the session. Readings by actors Jamie Zubairi and Jay Oliver Yip.

The session will be introduced by Sebastian Paul, Director of Marketing & Communications, Arts & Business.


Recommended readings
What the migrant saw

When Jatinder Verma came to Britain, he found it a racist hotbed. So he fought back - by setting up the UK's first Asian theatre group

Plays directed by women suffer misogynistic treatment from the “dead white men” in the critics’ seats, the director of the National Theatre has claimed.

How can the National continue to attract the Anglo-Asian theatregoers who flocked to see Rafta, Rafta...?

How can the National continue to attract the Anglo-Asian theatregoers who are currently flocking to see Rafta, Rafta...?