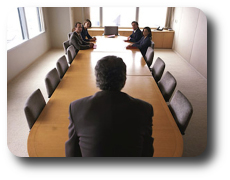 Prime Minister Gordon Brown was considered leader-in-waiting for years; in office he is dismissed as a ditherer, though few are nostalgic for the ‘decisive’ leadership his predecessor showed over Iraq. The US elections pit Messianic Youth against Experienced Maverick, respectively complemented by an ‘attack dog’ and a ‘hockey mom’, each embodying different qualities. The Boris versus Ken contest to lead London revealed a chasm in personal style, but few political differences. What does it take to lead in society today? Is it all about character rather than ideas? Rudderless Western societies seem to yearn for leadership, moral as well as political, to establish what we stand for, and where we are going. At the same time, the concept seems to have been downsized. Fashionable Leadership Studies diplomas imply it’s no more than a set of generic skills that can be taught irrespective of context, whether in politics, business or any other field. The mantras of a ‘knowledge society’ put a premium on novelty rather than substance, and fresh-faced pretenders often seem driven more by PR and opinion-polling than clear aims or ideals. Centrally-appointed ‘tsars’ and ‘champions’ leading task forces on school dinners or drugs seem less embodiments of principle than bureaucratic holograms.

Indeed, today’s political, corporate and cultural elites often seem to be leaders-in-denial. From boardrooms to cultural institutions, authority is ‘outsourced’ to ‘the public’, whose views are solicited at every opportunity. No TV programme is complete without the ‘text us your views’, and no institution can decide anything without ‘consultation’. The challenge to ‘elitism’ extends even to the idea that adults know better than children: the government’s recent Children’s Plan damns the traditional curriculum for being ‘dominated by content led by the teacher’. Do inclusive ‘Big Conversations’ symbolise a fresh, empathetic approach to leadership, or simply give faux legitimacy to isolated elites?  Isn’t this ‘listening’ approach the antithesis of leadership? Where will vacuous leaders lacking ideals of their own take us?

Should we welcome the demise of hierarchical models of leadership, or does society need strong leaders to flourish? Must leadership imply deference to authority, or might it mean all of us taking responsibility and uniting around ideas to shape our own destiny? Is the current malaise about a lack of those ideas, or a lack of character?

Lead on, Macduff: McLeadership and the real thing, Dolan Cummings

Recommended readings
No time for old hands either

Neither Labour nor the Conservatives are offering the economic leadership they should.

Can headteachers make a difference?

The Triumph of the Political Class

Notions of the greater good and "putting something back" now seem absurdly idealistic, such is the pervasiveness of cynicism in our politics and politicians.

"The Battle of Ideas provides a valuable and positive resource at a time when intelligent debate, public speaking and challenge seem to be diminishing in public life."
Barb Jungr, chansonniere