Join the
Academy of Ideas
2009 Programme
Choose a Theme
Archives 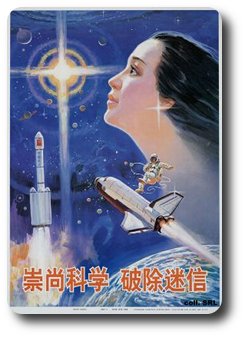 Millions stayed up to share that historic moment on 21 July 1969, when sci-fi dreams became reality as the first human being set foot on the moon. Forty years after Neil Armstrong stepped onto the moon, misty-eyed space enthusiasts are queuing up to demand a return to the Space Age. Why is it so long since Man last went beyond low Earth orbit? What happened to the risk-taking philosophy of early space exploration, to the sense that the conquest of space is a universalist human mission, transcending national boundaries? While some see President John F Kennedy’s 1961 commitment to reach the moon by the end of that decade as an inspirational act of leadership, others draw attention to the political context - the Cold War – pointing out that the ‘space race’ with the Soviet Union was bound up with the arms race. Even at the time, critics argued the moon landing was a waste of money that would have been better spent building hospitals or alleviating poverty.

So are we right to keep our feet on the ground and focus our energies on problems closer to home? Or might reaching for the stars once more give us a new sense of purpose and ambition in all spheres of life? Should we reach even beyond the moon? If the US and Russia are no longer prepared to lead the way, will China and India become the space powers of the 21st century? Is the Space Age a thing of the past, or can and should we expect space travel to be part of our future?

The timing could not have been better. Struggling to overcome chronic underfunding, technical problems and a lack of political commitment, and with public interest waning, Nasa’s plans for sending astronauts back to the Moon seemed at risk of being frozen. News that water may be lurking in the lunar soil could prompt a thaw.

The space agency has become over-ambitious and critically underfunded in its attempts to blast humans back to the Moon, to Mars and beyond, panel members noted.

The first moon landing in July 1969 captured the imagination of the world in a way that no subsequent 'space spectacular' has succeeded in doing. Forty years later, Piers Bizony has produced a stunning, comprehensive visual record of the mission using high-resolution images selected from the entire suite of Apollo 11's on-board film magazines.

The space race is a pointless waste of money

Forty years ago, the biggest TV audience in history tuned in to watch humankind's first close encounter with another world, as the crew of Apollo 8 reached lunar orbit. Apollo historian and film-maker Dr Christopher Riley explains how that Christmas Eve of 1968 changed the world.

It is time to remember nearly fifty years of piloted spaceflight and re-evaluate the role of humans in space: are they worth the expense?

Claude Lafleur, The Space Review, 6 October 2008
What direction now for US space exploration?

In a time of economic crisis, the space programme presents an easy target for cutbacks. Yet for political and strategic reasons it is an area in which the US seeks to lead the world. With China and other countries leaping forward in space technology, this task will only become more challenging.

A revolution in spaceflight is likely soon, with the prospect of everyday access to orbit. Costly ballistic missiles used to launch vehicles will be replaced by "spaceplanes", using technology that already exists.