Featuring more than 70 debates, 20 satellites, 350 speakers and full details of Festival attractions: this year’s brochure is your must read guide to what will be the British intellectual highlight of 2009.

Printed brochures will be available at the Satellite events and at the Festival weekend itself. Buy tickets for the Battle of Ideas 2009 and .(JavaScript must be enabled to view this email address) for a copy of the brochure in advance.

“One demoralising aspect of cultural life is what might be called ‘presentism’. Rather than seeking opportunities to shape the world for the better, we are fearful of the future, imagining apocalyptic sci-fi scenarios caused by climate change, demographic timebombs, or the unintended consequences of biomedical and technological breakthroughs.” Read more… 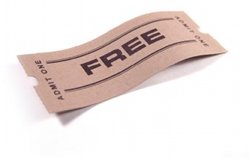 Are you a secondary school student?

If so, there are a LIMITED number of free one-day tickets available for the Battle of Ideas 2009 weekend, courtesy of the Economic and Social Research Council (ESRC). Email .(JavaScript must be enabled to view this email address) or phone 020 7269 9220 for information.

Foyles will once again run the festival bookshop, stocking books by festival speakers and others related to the Battle of Ideas 2009 themes. This year the expanded bookshop will include shelves to browse, seating areas to read in and author signings (look out for details at the festival).

If you can’t wait until the Battle to buy your books or you want to read up in advance of the debates, you can buy the books from Foyles directly: browse the books here.

The IoI is now tweeting. Keep up with IoI activities and get news about the Battle of Ideas at www.twitter.com/instofideas

When tweeting please use the #battleofideas hash-tag.

The Battle of Ideas 2009 full programme of Battle Satellites, Festival Attractions and Sessions is now available on line. View the programme and start thinking about the sessions you want to attend and prepare for them with our suggested readings. See the line up of hundreds of speakers and book your place now at Britain’s premier public intellectual event.

The six Keynote sessions at this year’s Battle of Ideas have now been published on the website. Ranging from Rethinking Education to The Good Society they give a taster of some of the themes that will be discussed through the weekend.

Ten Battle Satellites for 2009 have now been listed on the website. Ranging from The Age of Autism to Who Owns Culture there is plenty on hand to whet your appetite during October and wind down in November after the Battle itself.

Went to the G20, shouted loudly, got the T-shirt. Er, that’s about it by Suzy Dean

Timid Britain must look to its risk-takers by Rob Killick

Give this moralising the brush-off by Claire Fox

Brain dysfunction did not cause the recession by Stuart Derbyshire

Time for politics for a change by Bruno Waterfield

Apocalyptic scenarios dominate science fiction cinema today. Is our fearful attitude to the future different to the cold-war terrors of the fifties? What fuels our sense of doom, and is it justified by reality?

Too Many Laws? - John Cooper - Judges should fix bad laws

"Only the Battle of Ideas could provide the platform for a discussion about a GCSE Science exam where the atmosphere was so electric. It felt like a battle for the soul of British education."
Philip Walters, chairman, Rising Stars educational publishers