Claire Fox explains why the Battle of Ideas 2015 matters.

Welcome to the Battle of Ideas 2015
The Battle of Ideas was initiated 11 years ago by the IoI, with a wide range of partners, to encourage free thinking and open-ended public discussion. When has it ever felt more important to get to grips with a changing world?

Something is going on. But what? Everywhere one looks, traditional institutions, political parties, cultural expectations are in flux. Yeats’s famous line, ‘Things fall apart; the centre cannot hold’, resonates widely. After decades of Western intervention, alliances and borders in the Middle East are shifting daily, making the region an unstable powder keg. One consequence is the tragic refugee crisis. More than a humanitarian challenge, it threatens to unravel the whole European project. If one week a wave of humane sympathy grips the public imagination, the next tensions emerge about quotas and mass immigration. Without irony, xenophobic barbs are directed at countries like Hungary that have qualms about open borders. A much-needed honest public discussion is ruled off limits. But not at the Battle of Ideas, which will host a special ‘hot off the press’ pan-European debate on this issue.

Elsewhere, if once the complaint was about the stasis of technocratic political parties, now many balk at the emergence of unlikely, maverick leaders, from Jeremy Corbyn to Donald Trump. They reveal a desire for something more than principle-lite managerialism, but does the reheating of old Labour (or the rise of a populist American blowhard) really offer a new way of thinking? If ‘New Labour’ has passed its sell-by date, does ‘new Old Labour’ offer the possibility of a future-orientated politics - even if nationalisation and spin-free rhetoric seem novel to the young?

And yet, clear new lines of engagement seem elusive. While the political formulas of the past are inadequate, might the intellectual insights of our forebears be all the more crucial to our understanding of the present? The Battle of Ideas seeks to go beyond shallow impressions and explore the West’s apparent abandonment of Enlightenment values, from national sovereignty to individual autonomy, from liberalism to religious tolerance. A new festival strand of lectures (The Academy in One Day) starts a conversation on thinkers whose elucidation of the problems of their day may stimulate philosophical thinking in ours.

For all the breathless enthusiasm for the new, and talk of new industrial revolutions and technological innovation – artificial intelligence, robotics, virtual reality, genomics – this sits at odds with conservatism about everything from GM crops to gentrification. New industries like fracking are thwarted by fear-fuelled protests. How can Britain claim it is forward-looking when it cannot even decide on a third runway for Heathrow and fails to build desperately needed homes on the green belt? Internationally, we worry the awe-inspiring growth of China, South-East Asia and India is slowing down. Yet their ambition, despite challenges, is in stark contrast to a sclerotic West that seems angst-ridden even about the virtues of growth. Many sessions of the Battle of Ideas will ask if we have the nerve and vision to build a new future.

Winning the ‘battle of ideas’ 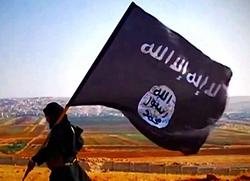 Another anomaly in an age of neophilia is the spectacle of Western youth signing up to Islamic State’s medieval-style war on modernity. New terrorist movements use social media to recruit London sixth-formers, while smashing up the remains of ancient civilisations. David Cameron is right when he declares the need to win the ‘battle of ideas’ against supporters of Islamic State. Yet in reality, Western politicians have beaten a retreat from winning hearts and minds, preferring to betray the ideals of freedom with draconian banning orders. While schools are instructed to impose ‘British values’, the very values cited as such are undermined by a fearful avoidance of open argument.

Trigger warning
Tragically, one of the most contested values today is free speech. But the threat of censorship comes less from radical Islamists, or even governments, and more from home-grown censors on student campuses and identity-politics grouplets, who now lead the charge in policing dissent and offensive speech. In recent weeks, student unions have banned sombreros (‘racist’) and a secularist campaigner from Ex-Muslims of Britain (‘unsafe’). Student radicals organise protests demanding universities are made ‘safe spaces’ and academic texts feature trigger warnings.

So, here is a trigger warning: if you attend the Battle of Ideas, you will be offended. Ideas that challenge orthodoxies inevitably discomfort. But we believe you will cope. The festival aims to counter today’s climate of offence-taking and proudly promises not to be a safe space, but a forum for challenging ideas. The festival’s key ingredient is to ask difficult questions rather than provide easy answers, much less silence risky opinions. If you’re willing to challenge and be challenged, see you at the Barbican on 17 and 18 October.

Claire Fox, director, IoI on behalf of the Battle of Ideas Committee 2015

Immigration: who should control our borders?

"Although 'battle' suggests destruction, these were some of the most constructive debates I've taken part in. This was civilised conflict in the best sense of both words."
Julian Baggini, author, Welcome to Everytown: A Journey into the English Mind, and The Ego Trick