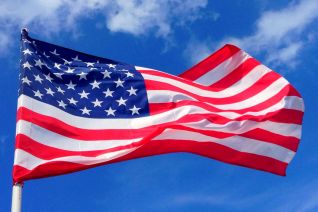 This year’s presidential election provides an opportune moment to assess the state of America today. After the Cold War, America was the one undisputed superpower in the world. Yet a number of threats now face it: economic malaise, the rise of China as an economic and potentially geopolitical power and seemingly hardening divisions along the lines of identity - something illustrated by the rise of Black Lives Matter. The surprising success of Donald Trump and, to a lesser extent, Bernie Sanders, also suggests considerable dissatisfaction with US politics today. Why has Trump proven to be so popular? What does that tell us about Barack Obama’s presidency? Are we drawing to the end of an era - or can America be ‘great again’?

Saturday 22 October 16:00 - 17:15From Black Panthers to #blacklivesmatter: race in America