Urbanism and its Discontents 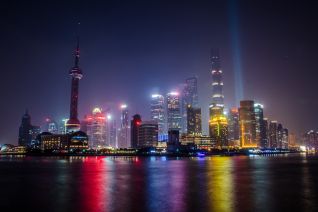 Over half of the world’s population now lives in cities. But this raises all sorts of questions about how those cities cope with growing populations, how we shape these urban landscapes and what the future holds for existing metropolises. China is in the middle of a city-building spree, with one estimate suggesting that by 2020 one in eight humans will live in a Chinese city, totaling more than one billion people. In contrast, the UK’s biggest city, London, attracts ever more people but seems hemmed in by green belts, seemingly endless regulation and spiralling house prices. Can London thrive in the twenty-first century? Can it even house all those who want to live there? And how should our cities look in the future? Do we discard the brutalist fashions of the twentieth century? Are there new ways to imagine buildings, a question brought into sharp relief by the death this year of one of our most challenging and innovative architects, Zaha Hadid?