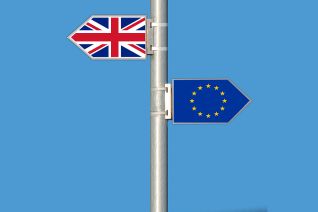 The Brexit vote brought into sharp relief the divisions within British society. While metropolitan and cosmopolitan London is booming, many other parts of the country have barely noticed any recovery from the 2008 crash. But the faultlines go far beyond economics. For example, some commentators claim that among many immigrant communities, perhaps encouraged by multiculturalist policies, have become cut off from the rest of society, with many members of these communities rarely mixing outside ‘their own’ and barely able to speak English. But does that matter? Many others argue that British society’s strength has been its openness and relaxed approach to embracing a multitude of cultures. Would we be foolish to give up the benefits of immigration in a desperate attempt to restore a long-lost sense of cultural homogeneity? Does isolationism even make sense in a country that has long since given up on being able to even feed itself, relying on world markets? And how do our major political parties, built in a very different era of class politics, survive in a new era of multiple, cross-cutting social divisions? This strand will cast a critical eye at the state of our nation today.