Join the
Academy of Ideas
2009 Programme
Choose a Theme
Archives

The Battle for the Economy

A one day satellite conference of the Battle of Ideas festival and public response to the G20 Summit. Organised by the Academy of Ideas. 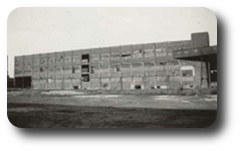 This summit is an opportunity to engage in a public discussion about the economic crisis with leading economists, political commentators, business people and policy makers. With the emphasis on public debate rather than behind-closed-doors diplomacy, the event will start a conversation to move us beyond political soundbites and help us get to grips with the political and economic battles ahead. Gordon Brown and Barack Obama may not be there, but the opinion formers of tomorrow will be. Will you?

Now the dust has settled on the G20 London Summit, the economic reality remains: bankruptcies and unemployment are set to rise to the highest levels since the Great Depression. For all the talk about international co-operation, upbeat predictions about improving financial systems, and open markets versus protectionist measures, the recession still digs deep, and solutions are still contested, indeed contradictory.

Too often such disputes, whether about regulation, liquidity or state bail-outs, are reduced to technical discussions, confined to world leaders and financial gurus. While the G20 as an event attracted maximum media attention, its debates and conclusions too frequently felt like communiqués from above, with the world’s citizens reduced to spectators on the sidelines.

The recession has enormous political and social ramifications for all of us. It needs to become a focus of public discussion, but popular involvement seems confined instead to lacklustre demonstrations or lobbing insults, sometimes bricks, at bankers, financial institutions and even economic growth itself. In contrast, this is a public summit that means business – a public discussion with leading political and economic thinkers.

11.45am to 12.45pm Churchill Room
Recession in the heart of the Eurozone

3.15pm to 4.15pm Churchill Room
The rise and rise of behavioural economics

4.30pm to 6.00pm The Great Hall
Investing in the Future: what are the opportunities and barriers for growth?