How will we feed Britain after Brexit? 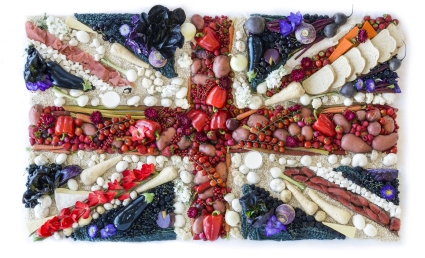 Watch the video of this session at the bottom of this page.


The Brexit vote throws the future of British farming and indeed how to produce enough food to feed Britain into question. The EU was always notorious for its apparently huge subsidies to farmers, while other struggling sectors of the economy – as illustrated by the threatened closure of Port Talbot steel works – have been refused such support. Now, however, farmers may be hit with heavy tariffs on cereals and dairy products. For some of those who wanted to remain, the silver lining of leaving the EU is the opportunity to shake up farming policy, ditching the generous subsidies farmers receive. Ian Birrell in the Independent celebrates the stop to “subsidising rural fat cats at the expense of poorer farmers, consumers, wildlife and developing nations”. Meanwhile Emma Duncan, writing in The Times, claims that being freed from the Common Agricultural Policy would be a major benefit: ‘Brexit will enable us to get rid of this nonsense and let our farmers compete in world markets just like our manufacturers, and farmers in sensible countries such as New Zealand and Australia already do. The vast majority of British people will benefit.’ Is this the start of another battle between rural folk and townies, or a valuable opportunity to rethink how Britain, which already relies heavily on imports, feeds itself?

As a stop gap, the chancellor of the exchequer, Philip Hammond, has announced that subsidies will be guaranteed until at least 2020. Many farmers rely on them. As one recent article noted, in 2015, ‘the average farm made £2,100 from agriculture and £28,300 from subsidies. The typical cereal farmer actually lost £9,500 by farming cereals.’ Without subsidies, huge numbers of farms would go to the wall.

But the issues raised by Brexit go much further. Many farmers rely on workers from other EU countries, particularly seasonal workers to harvest crops. If free movement of labour is curtailed, then many businesses – already struggling with the new National Living Wage – may be forced to relocate to other parts of Europe. Will this labour gap prove a hindrance to food production? Do we need a modern Land Army to cope?

There are also serious concerns about markets for British produce. The EU buys £8.9 billion of British food, drink and agricultural products. What happens to UK food manufacturers and farmers if Brexit results in increased trade barriers? The possibility of free trade deals with non-EU countries offers both hope and concern. For example, might imported food be cheaper because farmers in producing countries aren’t burdened by the same standards, rules and regulations that British farmers must adhere to? Will that create unfair competition?

If large swathes of British agriculture disappear in a subsidy-free, free-trade new order, where does that leave the UK in terms of food self-sufficiency? According to statistics from the National Farmers Union, we already import 38 per cent of our food, up from 25 per cent as recently as 1991. Does it make long-term sense to have to rely on world markets for food? For some there are concerns about food miles and the sustainability of shipping.

What do we want from the UK food and farming industries? Should we treat them like any other industry or are they a special case because of the central importance of food? How do the questions raised by Brexit sit alongside the many other issues facing farmers and consumers, from provenance and the desire for local production through to how we regulate agricultural chemicals and GM crops? Perhaps most important of all, who should decide? Can British farming ever become efficient and innovative enough to feed Britain, without relying on subsidies?

Member of European Parliament for the Green Party; author, The Bioregional Economy

What would Brexit mean for farmers and the Common Agricultural Policy?, Emily Gosden, Telegraph, June 2016