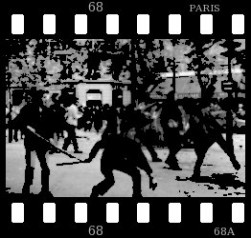 All year, commentators of a certain age have bored us with reminiscences about their radical youth. Should we even care? Perhaps we should: after all, the Spring and Summer of 1968 saw revolts and uprisings across the world, from Paris and London to Prague to the American South and Northern Ireland. For some it was about opposition to the war in Vietnam, or solidarity with striking workers; for others it was about the fight for civil rights or women’s liberation; still more took on the stuffy traditionalism and bureaucracy of the education system. And lest we forget, the 1960s also gave us ‘sex and drugs and rock’ n’ roll’.

So what is the legacy of ‘68? Compared to the politics of today the late sixties were a period of unbridled political optimism: young people felt they were building the future. The dream of a new society seemed one that could, and should, be made reality. To be part of ‘the movement’ was to be a ‘utopian’ and a ‘radical’. But ‘radical’ is no longer an acceptable prefix in politics. What’s changed? Some of the ‘68 generation have become critics of a period they see as at best naive, at worst a conscious attempt to destroy the very fabric of society: the state, the family and community would not be in such a bad way now if not for the reckless anti-authoritarianism of the 68ers, they suggest. Others have swapped idealism and kaftans for grey suits and pragmatism. Are they right?

Looking back, what seems remarkable is that the elites of Western society offered so little in the way of resistance to their youthful challengers. Was society really transformed by the 68ers, or would it be more accurate to say traditional institutions collapsed from within? Why were the rebels of 1968 unable to inscribe the spirit of the moment in lasting institutions of their own? Are today’s intellectual relativism and conspicuous consumption the true legacy of 1968? Should we reclaim radicalism and utopianism for the 21st century - or is the pragmatism of the present a more sensible option all round? Does an obsession with the sixties as a period of political optimism simply express our current limited political imagination?

Radicalism then and now: what’s changed since 1968?, Maria Grasso

Recommended readings
Rebels without a clue: A scathing verdict on the liberal icons of the Sixties

My own suspicion is that Britons had no more orgasms in the 1960s than they did in the 1860s or even the 1260s; and that the farces of Alan Ayckbourn did just as well in the West End as the more obviously 'Sixties' black comedies of Joe Orton.

Forty years ago a new arts magazine was born on a kitchen table in north London, showcasing the world of pop culture, protest - and 'rabbit food'. Today it is a worldwide franchise.

Tariq Ali is wrong: the 1960s was a decade-long disaster that up-ended civilisation. Its corrosive influence still harms both the left and the right.

Very soon it will be the 40th anniversary of the day I threw lumps of mud at the police in Central London. I had precious little idea why I was doing it, though I can confirm that riots are fun for those who take part in them, and that rioters usually riot because they enjoy it.