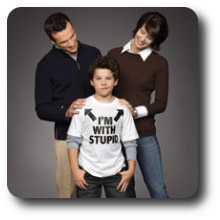 The ‘problem of the family’ has been a pet subject of social commentators for over a century. But in the past the family was seen as a key social institution providing a stable bedrock for society and inculcating children with traditional values, and social critics worried about the threats posed by single parenthood, homosexuality and permissiveness. Today, in contrast, the family itself is under fire: the big policy concern is not rising divorce rates, changing family structure and permissive parenting attitudes, so much as the suspicion that families are too private, too self-contained, and too confident in their ability to raise the next generation without the guidance of the state. With the rise of therapy culture and the mainstreaming of the view that your parents ‘f*** you up’, the policy focus has shifted from a concern about a few ‘problem families’ to the assumption that all families are essentially problematic. What can we expect for the future of the family, when its very existence gives policymakers sleepless nights?

Motherhood has all but gone from the lexicon of family policy, denying women vital support.

It is the loving atmosphere of a stable environment that makes for good families. The aim is to support families in all their variety.