2008 Programme
Choose a Theme
Archives
'You will not find poetry anywhere unless you bring some of it with you'
Sunday 2 November, 2.00pm until 3.30pm, Student Union 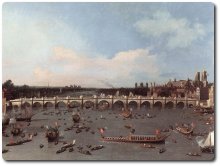 This City now doth, like a garment, wear
The beauty of the morning; silent, bare,
...
All bright and glittering in the smokeless air.
(Wordsworth, Composed Upon Westminster Bridge)

I can’t even enjoy a blade of grass unless I know there’s a subway handy, or a record store or some other sign that people do not totally regret life
(Frank O’Hara, Meditations)

From Virgil’s account of the sacking of Troy to Sir John Betjeman’s preoccupation with architecture, poets have always shown a concern with place and, in particular, the city. At the forefront of Liverpool’s Capital of Culture celebrations have been their ‘Mersey Sound’ poets (Adrian Henri, Roger McGough, Brian Patten), and few landmarks or institutions are without their own poet: be they a favourite son like Barnsley’s Ian MacMillan, or adopted scribes, such as New York’s Frank O’Hara.

But whereas a poet’s location can be seen as a source of inspiration that their powers of imagination and vision can transcend and even shape, increasingly this relationship is understood in more functional terms. ‘Eco-critics’ like Neal Astley argue poetry should reflect enlightened thinking on climate change. ‘Psychogeography’ attempts to highlight the ways in which landscape shapes a writer’s words – regardless of whether the writer wants it to or not. Plato wanted the poets banished from his Republic; now councils and even rail networks are recruiting poets to provide a sense of identity and heritage. But woe betide those ‘cosmopolitan scum’ – as Hugh MacDiarmid once called Alexander Trocchi – who dare to write outside their roots.

Are today’s poets-in-residence any different from the epic poets of antiquity, mythologising and uniting communities around their shared vision? Can poetry ever really survive in a globalised, hyper-mobile and individualistic age? At a time when we are being urged to reduce our carbon footprint, should poets stay closer to home and focus on the familiar and local? What place the poet in the twenty-first century?

On arriving in Grasmere to take up the post of poet-in-residence at the Wordsworth Trust I was greeted by a poster which advertised an exhibition; English Poetry 850-1850 The First Thousand Years. Not much to live up to then.

Go to the city at the western edge of the country and then go to the edge of that city, the north-eastern edge, the very rim, beyond which you’re not in Liverpool any more but Lancashire.

The Republic of Poetry

Poetry has often had to fight for its integrity against two forms of misunderstanding – as either effete, a form of luxury in idleness; or as a kind of weapon of identity, closely aligned to a political statement.

American poetry now belongs to a subculture. No longer part of the mainstream of artistic and intellectual life, it has become the specialized occupation of a relatively small and isolated group. Little of the frenetic activity it generates ever reaches outside that closed group.

Dana Gioia, The Atlantic Monthly, May 1991