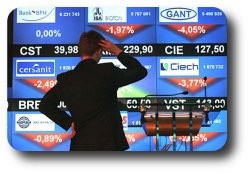 While the consequences of the credit crunch appear all too apparent, the intricacies of the complex financial instruments involved, combined with the vast sweep of the global financial system, seem to defy explanation. Attempts to accuse negligent regulators, fraudulent brokers and greedy borrowers cast much blame but little light on the causes of the crisis.

Are the current problems a sign that the developed world has been living off credit for too long? The United States is still by far the world’s largest and wealthiest economy, so why for so long has it been reliant on credit supplied by the smaller and poorer economy of China? In the past 30 years, the UK economy has shifted away from manufacturing towards financial services. In many ways London is the pre-eminent world financial centre, but is this a source of weakness rather than strength, leaving the UK more exposed to financial crises?


Recommended readings
The economics of hypocrisy

After implementing the largest government bail-out in history, the US continues to tell other nations, "do as I say, not as I do"

Panic passes but the causes remain

Bank panics always have the same origin. “Every genuine business panic springs from the same root, which is rank speculation,” wrote one Victorian commentator.

Is there time to avert a Minsky meltdown?

The point at which a Minsky moment becomes a Minsky meltdown has arrived.

A special report on the world economy

The worst financial crisis since the Depression is redrawing the boundaries between government and markets, says Zanny Minton Beddoes. Will they end up in the right place?

“Things that can’t go on forever, don’t.” – Herbert Stein, former chairman of the US presidential Council of Economic Advisers.

What next for the credit crunch?

Monday was the most momentous day on Wall Street since the 1930s. America said no to another bailout and farewell to two venerable institutions, Lehman and Merrill Lynch.

We are more than a year into the credit crunch, and there is a slew of books assessing what went wrong and what we should do about it.

The Subprime Solution: How Today's Global Financial Crisis Happened, and What to Do About It

A concise attempt to elaborate in just seven short chapters the genesis of the housing bubble, explode its myths, explore its scale and the dangers of its deepening impact, assert the need to maintain confidence in our economic and financial institutions by aggressive action, and then explore longer-term, more fundamental reforms and innovations that will create a population much more attuned to economic risk.

Mr. Minsky explains why the American economy has experienced periods of debilitating inflation, rising unemployment, and marked slowdowns-and why the economy is now undergoing a credit crisis that he foresaw.


The Panic of 1907: Lessons Learned from the Markets Perfect Storm

Suggests that major financial crises can be the result of a convergence of certain, unique forces—the forces of the market′s "perfect storm"—that can cause investors to react with alarm.