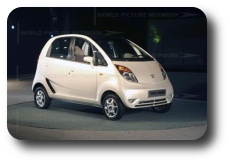 Despite the rapid growth of the emerging economies, however, all reasonable projections point to a continued gap for decades to come between the West and the rest. China and India may soon become the world’s largest economies, but it is not certain they will ever be the richest. Does this matter? ‘Good enough’ technology such as Tata’s Nano, only a tenth the price of a Mercedes Smart Car, may allow people to enjoy some of the benefits of development without having to catch up in dollar terms. Similarly, the rapid adoption of mobile telephony seems to have bypassed the need for landlines. But without roads, an electricity grid and the provision of water and sewage systems to the majority of the population, how developed can a country really become?

Can the emerging economies jump a stage in development to become fully modern, or is their growth limited to dynamic pockets that lack the economic might to transform whole countries?


Recommended readings
How the financial crisis is changing China

China this year celebrates the 30th anniversary of the economic reforms launched by Deng Xiaoping and there are plenty of reasons to think the country could enjoy another 30 years of high growth.

India should be reaching for the stars

China: all bets are off

The economic miracle has been halted in its tracks

Kris Gopalakrishnan, boss of Infosys, thought he had the British IT firm Axon in the bag — then an Indian rival outbid him. Is the East now carving up the West?

Having won a vote of confidence at home, India’s government now faces another—abroad

India will beat China – all in its own good time

The Baton Passes to Asia

It’s the end of the era of the white man.

Wal–Mart, GE, and Microsoft have all opened major operations in India, while Shell and General Motors have invested in about 3,000 new factories on the subcontinent. Why are these titanic companies pouring funds into a country known for its slow economic growth? Because today there is a new India.


The Limits of a Smaller, Poorer China

China is no longer a totalitarian state. The regime no longer seeks to control every aspect of life or way of thinking.

The Dragon and the Elephant

Two or three years ago I was talking to some business people when the conversation became animated. “What,” somebody said, “about China and India?” There was a nodding of heads, and a view emerged that was pessimistic, even fatalistic.

Dreaming With BRICs: The Path to 2050

Over the next 50 years, Brazil, Russia, India and China—the BRICs economies—could become a much larger force in the world economy.