2008 Programme
Choose a Theme
Archives
Are the emerging economies the new technological innovators?
Sunday 2 November, 11.00am until 12.30pm, Lecture Theatre 2 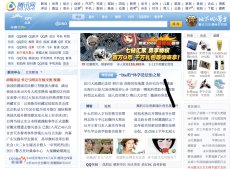 QQ, Tudou, Mixi and CyWorld are not familiar names in the West, but these websites based in China, Japan and South Korea are more popular, profitable and technically innovative than their Western counterparts, MySpace, Facebook and YouTube. South Korea and Japan are the most advanced internet markets in the world, with China and India rapidly catching up. Yet we in the West seem oblivious to the development of such technologies in Asia. The dynamic emerging economies of the East are conveniently pigeonholed as the world’s new manufacturing base (China) or a powerhouse for service industries (India), while the high-end ‘knowledge economy’ is still seen as the preserve of the West. Is it time to revise this view and hail the innovative character of the rising East?

The fast-paced economic development of the emerging economies seems bound up with a wider culture of dynamism. Innovation in China, for example, seems unhindered by the risk-aversion, regulation, and short-term instrumentalism that hampers innovation in the West. So is risk-taking Eastern ‘can-do’ outstripping overly-cautious Western ‘know-how’? How far can the pioneer pragmatism of the emerging economies take us in innovating new technologies? How far can a country such as China really extend the boundaries of technical and intellectual innovation while freedom of thought is confined by censorship, and democracy is curtailed? What, if anything, can the West learn from technical innovation coming out of the emerging economies?

Take a risk with technology

Learning from the Olympics

From GE to Nestlé to watchmaker Omega, companies use the Games to test-drive new ideas—and strut their stuff

“China is blowing away the U.S.,” says Larry Swezey, director of hard-drive marketing and strategy for Hitachi Global Storage Technologies.

Britain is too complacent on innovation, Gordon Brown is warned

Gordon Brown will be told this week that Britain is in danger of falling well behind competitor economies and emerging countries such as China and India because of “complacency” over levels of business innovation.

Why are emerging economies an issue for design?

Are emerging economies using design strategically enough, and if they are, does this pose a threat to UK designers? Or does it present opportunities for our design industry?