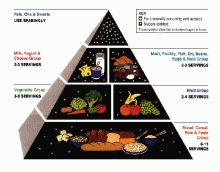 ‘Tell me what you eat, and I will tell you what you are,’ said the nineteenth-century epicure Brillat-Savarin. The famous axiom seems to have achieved the status of common sense today, with the food we eat thought to be of vital importance in terms of health, culture and even ethics. Does food really define who and what we are? And if so, what does it say about us?

Historically, food was about sustenance and survival; for too much of the world in the twenty-first century, it still is. But as societies develop beyond immediate need, food can be about pleasure and enjoyment as well as daily sustenance. What we eat can be a pleasurable part of our lives, as well as an exploration of cultures and experiences from around the world. But the pleasure we derive from food might ultimately be destroyed by our modern obsessions. Food has become a vehicle for anxious discussions about health, the environment and trade. Will ‘nutritionism’, anxieties about where food comes from, along with fear of, and confusion about food, ultimately spoil the stuff of life?

Growing your own vegetables is a bit like making your own fridge or whittling a car. Possible, but stupid.

Celebrity chef Jamie Oliver has launched an extraordinary attack on the British - portraying them as uncivilised materialists obsessed with a "culture of alcohol".

In defence of Asda's 2p sausage

Cheap food gives us the choice to spend our money on something more interesting instead.

The ethics of food

Why do we eat what we eat? Sometimes it’s just what catches our eye, sometimes it’s habit. For most of us, price plays a big part, too. But in a world of ‘food plenty,’ the values people apply when they eat increasingly go beyond value for money.

The Physiology of Taste


Food and Eating: An Anthropological Perspective

We have to eat; we like to eat; eating makes us feel good; it is more important than sex. To ensure genetic survival the sex urge need only be satisfied a few times in a lifetime; the hunger urge must be satisfied every day.