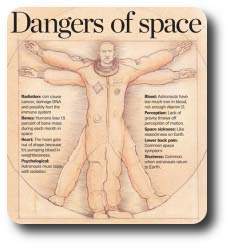 Involving sixth form students from two schools experienced in the Academy of Ideas and Pfizer Debating Matters Competition, the debate will showcase its innovative format with a debate on the future of space travel.

The successful landing of the Phoenix Mars Lander – the first space shuttle to land on Mars – the 50th anniversary of NASA, and China’s planned launch of a third manned shuttle have made 2008 a significant year for space exploration. But this year has also seen its fair share of drawbacks. The 2010 retirement of NASA’s present fleet of spacecraft, and the delay of the Orion shuttle replacement until 2014, leaves NASA in limbo. Debate between presidential candidates about the future of space exploration has also created uncertainty about what changes a new administration will bring to President Bush’s ‘New vision for space exploration’. In the UK, the publication of the ‘Civil Space Strategy 2008-2012 and Beyond’ signalled the government’s reversal of the decision not to launch manned space missions made in the 1980s, but has attracted criticism and dissent. Space exploration thus stands at a crossroads. At the centre of this debate is the question of whether space exploration should involve humans or machines. The decisions made in the next few years will affect space policy for generations to come.