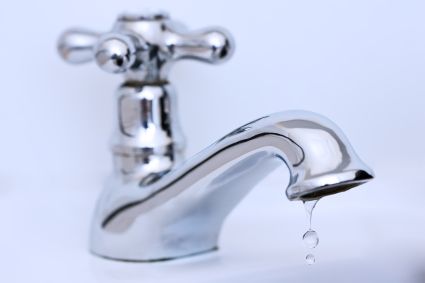 Video and audio of this debate are available at the bottom of this page.

Water, so vital for human life, covers 71 per cent of the Earth’s surface. Yet despite huge progress in technology and modern development, water scarcity is one of the great challenges facing humanity today.  Indeed, water scarcity has become an increasingly important debate - globally - in recent years, with water crises in Flint, Michigan and in California becoming just two of the most striking examples of how developed Western nations can struggle to maintain plentiful water supply. While California’s drought-hit residents are blamed for their water-guzzling swimming pools and golf courses, water poverty has begun to be a real concern. In Ireland, disputes about privatisation of the state water company and the introduction of charges led to mass refusal to pay water bills, civil disobedience and even riots, which at times threatened to topple the government. Meanwhile, whilst floods across northern England often dominate headlines, there is growing anxiety over the future of water supply in the UK, particularly in the south-east of England. Despite the increasing intensity of heavy rainfall over recent years, the Environment Agency has classed the south-east region as under ‘serious water stress’, which is compounded by population increases and changes to weather patterns.

Why is such a fundamental utility so problematic?  Some commentators suggest, in the developed world, these problems are fundamentally infrastructural, driven by inefficiencies in water management and political complacency, and argue that innovative solutions are preferable to rationing measures. Following a prolonged period of low rainfall in the UK up to 2012, water companies were preparing themselves for water-saving and management measures beyond ‘hosepipe bans’ and there are concerns that the recent wet period has only delayed confronting underlying problems rather than being seen purely as a result of weather patterns. In contrast, a dry country like Israel, for example, has overcome a profound crisis through substantial investment in desalination plants and conservation systems.

And what of solutions? In England and Wales, up to 20 per cent of water is still lost in the damaged and decrepit underground water supply pipes; environmentalists argue for Sustainable Urban Drainage – absorbing water in green roofs, filling water butts for re-use, and attenuation systems to alleviate urban surface water flooding. This year, even China’s president, Xi Jinping, advocated that China’s cities should be water-absorbent Sponge Cities. But sometimes obvious engineering solutions face political opposition: for example, it is argued by some that the construction of an Abingdon Reservoir would solve most of London’s water problems, but this has been held up by for a decade by opposition from local people. Or perhaps we need to pay more? Once a radical proposal, earlier this year, analysts from Deloitte argued that increasing the price of water – also done in Israel – would incentivise much-needed investment in water systems and alleviate the resulting costs on energy and food production of water scarcity.

How has water provision become a problem for even advanced globalised societies? Has a lack of investment and political will created a false problem, or will counter-crisis measures such as rationing become the norm? What happened to sea-water desalination plants? Does a focus on drought and rainfall distract us from a discussion about water as largely a man-made resource like any other, with associated costs? What innovations would help avert a coming crisis and who should pay for them?

Lecturer in civil engineering at Newcastle University, and director of The Great Debate

Listen to the debate

In a word, why climate change matters: Water, Editorial Board, Chicago Tribune, May 2016

What California Can Learn From Israel About Water, Alastair Bland, Water Deeply, May 2016

We’re (not) running out of water – a better way to measure water scarcity, Kate Brauman, The Conversation, June 2016