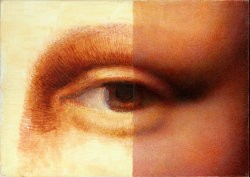 UK culture minister Margaret Hodge argued this year that cultural institutions ‘need to embrace the diversity of the present’, while also stressing the importance of ‘nurturing our sense of Britishness, of finding common identity and creating a common sense of belonging’. In Sir Brian McMaster’s groundbreaking review, Supporting Excellence in the Arts - From Measurement to Judgement (January 2008), artists, arts organisations and funders are told that they must represent a whole ‘span of ages, religions, cultures, sexualities, disabilities and socio-economic backgrounds’. Meanwhile, arts festivals across Europe have signed up to the 2008 Declaration on Intercultural Dialogue. It appears that the arts are increasingly seen as a useful instrument to increase mutual understanding between cultures and nations, and to cohere a common sense of identity within them. Yet, at the same time, the key theme of the McMaster report is a rhetorical commitment to championing ‘the very best art and culture for everyone… regardless of class, education or ethnicity’; an apparent clarion call to universalism rather than the politics of identity.

Indeed, as well as defining particular cultures, the arts at their best do seemingly have the ability to rise above those cultures: to speak to something universal in the human condition. We may talk of Irish literature, Indian dance, French cinema or Malian music, for example, but these are all things that appeal to people from ostensibly very different cultures and great art is something we feel that we all share in, regardless of who we might be. So what does it mean to ‘celebrate diversity’ in the arts? Does it come at the expense of ‘the very best art’ or does it complement it? Do children need to first achieve a solid grounding in one particular culture and then move on to engage with a range of cultural sources? Did Britishness come before universalism? Or was it the other way round? Must ‘universal culture’ be only either a pejorative reference to ‘Western elite culture’ or a sop to a watered-down art soup not really much to anyone’s tastes?

Western enthusiasm for an undifferentiated ‘world music’, and the banal insight in the government’s Music Manifesto that music is universal because everyone can sing (allegedly), indicate that today’s faux universalism is a pale imitation of a tradition that treasured art for its capacity to transcend cultural difference. Are the arts doomed to be subordinated to multiculturalist policy goals, forced on us as passive consumers, or might they still add up to a truly shared living legacy, accessible to anyone willing to put in the work required to appreciate it? Is ‘the very best art’ truly the best there is or just what is considered best for us?

Whose culture is it anyway?, Sarah Boyes

Let's all have tickets to the universal museum

It's pointless trying to work out who owns ancient art objects. We need to share them around the world

It seems it ain’t art if it ain’t ethnic

The Arts Council has never offered to translate my books into Urdu. Or Jilly Cooper’s. But it “remains committed” to spending a fortune supporting ethnic-minority writers.

Why are the arts so white?

Despite our city‘s impressive diversity, most of our cultural output and audiences are dispiritingly white. Sonya Dyer applies her experience both as a black artist and arts consultant to tackle the question.

Arts - what's in a word? Ethnic minorities and the arts

Being an Artist in France Disabled and minority ethnic artists

France and Britain have radically different approaches to ethnic and religious diversity.